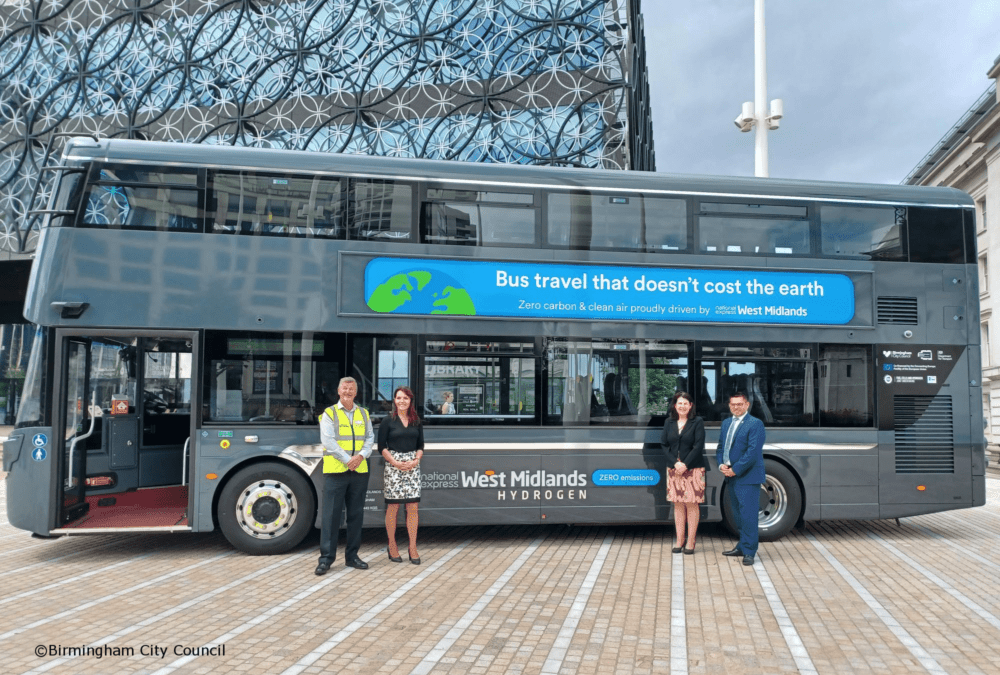 Birmingham City Council has unveiled the first of its 20 new hydrogen buses. Set to be in operation later this year, the new buses will be refuelled by ITM Power at the Tyseley Energy Park low and zero carbon refuelling station.

Developed by Wrightbus, these are are the world’s first zero-emission hydrogen fuel cell double decker’s and will be operated in Birmingham by the National Express.

Hailed as another solution to tackling the city’s poor air quality and a key step towards achieving the council’s net zero carbon target.

“The delivery of the first bus is great news for our city and the rest of the region. It means that we can now work with our partners at National Express to start testing the buses, training drivers and adding livery design before rolling the buses out for the public in Autumn this year.

“This is a significant step towards our net zero carbon target and will provide Birmingham with a leading role in informing debate on supportive policies for zero emission public transport at a local and national level.”

The new buses have been purchased as part of the Council’s Clean Air Hydrogen Bus Pilot, which looks to ‘kick-start’ the hydrogen market as a viable zero-emission fuel.

It’s intended that Birmingham’s Clean Air Hydrogen Bus Pilot will be the catalyst for the next generation of hydrogen buses, hydrogen production and re-fuelling infrastructure development.