Tyseley Energy Park (TEP) is determined to drive industrial growth alongside the green technologies sector. This dedication and passion for innovation stems from its 300 year old history, a family business since its establishment in 1720, this future focused energy park sits on one of the UK’s oldest manufacturing sites, Webster and Horsfall.

Webster and Horsfall (WH) is renowned for their invention of patent steel wire that made the valve spring for internal combustion engines, deep cast mining and trans-Atlantic telegraph cables possible. The company was responsible for manufacturing the armoured coating of the first successful trans-Atlantic Telegraph Cable in 1866 and has been leading innovation in wire manufacturing ever since.

With regards to energy, WH generated their own power on their Hay Mill manufacturing site until 1945. Considered to once have been the largest power user in Birmingham, records show that power for the wire drawing machines in the late 1800’s was generated from a combination of a mill water wheel and steam drawing equipment. At one point there were 19 coal fired steam engines onsite before they placed an order for their first on site power station in 1906.In 1907 WH invested in electrical motors to replace the steam engines before an ever increasing demand in orders led to the decision to have the site powered by the national grid. Since 2016 the WH site which is now the home of TEP has been powered by renewable electricity from the 10 megawatt waste wood biomass plant.

The renewable power produced by the TEP waste wood biomass plant has allowed WH manufacturing operation to reduce the price of its products, driving growth whilst at the same time work towards the companies’ sustainability goals.

Today Webster and Horsfall manufacture wires for the oil, gas and surgical industries on the same site where the Horsfall family shape the future of TEP. TEP will use the historical experiences gained by WH along with expertise from its academic, industrial and government partnerships to help Birmingham overcome the severe energy, business and social challenges it currently faces. These include electricity grid constraints, poor air quality, unemployment and having one of the worst cases of energy poverty in the UK. TEP will reduce emissions and stimulate growth by creating a platform to test and demonstrate new technologies. It will integrate low carbon technologies to develop the business models and infrastructure needed to support new approaches to clean energy.

John Webster of Digbeth an ironmonger by trade begins to draw wire at his mill in Perry Barr.

Joseph Webster starts experimenting with crucible steel at Plants Forge in Minworth. This led to the development of high carbon steel piano wire. The development of other products such as needles, fish hooks, gun barrels and swords followed. By this time Joseph had developed Penns Mills into a specialist wire drawing facility.

James Horsfall is granted Letters of patent by Queen Victoria for his heat treatment process for wire.

James Horsfall sells his Oxford Street Works in Birmingham and moves the operation to a former sword factory in Hay Mills.

Planning submitted for Tyseley Energy Park, a long-term vision to develop 10 acres of land at Hay Mills whilst maintaining a specialist trading business focused on wire and wire rope.

Construction of a state of the art biomass power station commences on at Tyseley Energy Park. 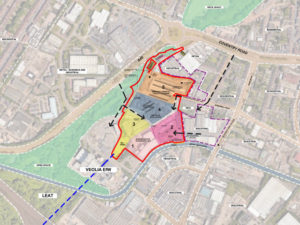 This biomass plant supplies Webster and Horsfall’s manufacturing operation and tenants across the sixteen acre site with renewable electricity. Since becoming operational. the plant has created 19 new jobs and diverted 72,000 tonnes of waste wood from going to landfill. The sustainable power generated is equivalent to the amount required to power 17,000 local homes. 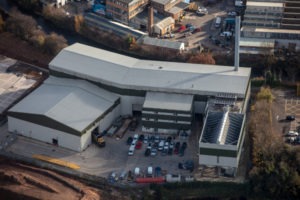 The University of Birmingham investes £2.5M in Tyseley Energy Park (TEP) to work towards overcoming challenges such as energy poverty and poor air quality in the West Midlands.

Work begins on Energy Way, a £3.5m access road to the future low and zero-emission refuelling station that will be based at Tyseley Energy Park.

Certas Energy announce that theyt will be expanding its network of HGV-dedicated refuelling sites with a new 24-hour bunker facility at TEP’s low and zero carbon refuelling station. 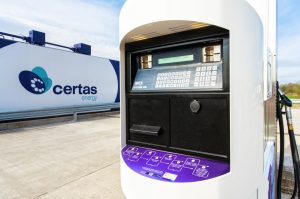 More than £1.7m has been allocated to the construction of an access road to the UK’s first low and zero emission refuelling station at Tyseley Energy Park in Birmingham, helping to create more than 135 jobs. 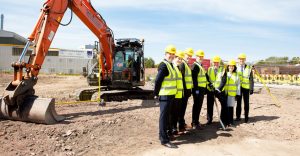 The Birmingham Energy Institute partners with Tyseley Energy Park to offer an integrated package of support that will drive business growth amongst low-carbon energy businesses. 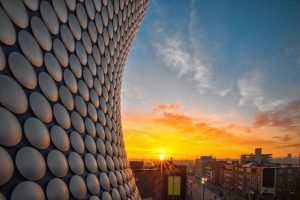 Construction has begun at a new University of Birmingham sustainable energy research and innovation centre based at Tyseley Energy Park. This will promote innovation in waste, energy and low carbon vehicle systems across the West Midlands.

The Birmingham Energy Institute partners with Tyselely Energy Park to support the development of energy engineering skills amongst the school children and local community of Tyseley and Hay Mills. 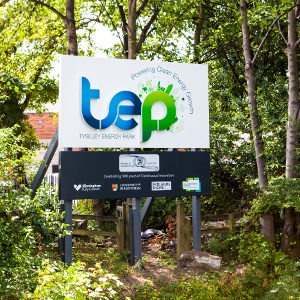 A Blue Plaque is been unveiled at Webster & Horsfall to honour a 19th century industrialist, James Horsfall. 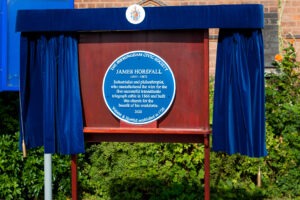 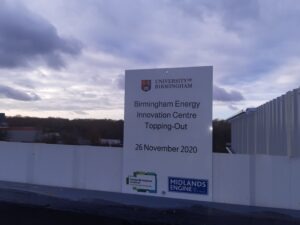 Tyseley Energy Park, Siemens and the University of Birmingham, Siemens demonstrate the potential of cost-effective decarbonisation through more effective utilisation and coordination of current and planned generation assets. 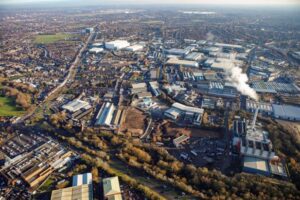 The UK’s first re-manufacturing line for high-performance sintered rare earth magnets for use in electric vehicles, aerospace, renewable energy technologies and low carbon technologies will be developed by the University of Birmingham and based at Tyseley Energy Park. 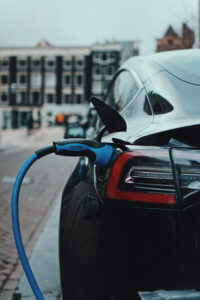 Birmingham City Council unveils the first of its 20 new hydrogen buses. Set to be in operation towards the end of 2021, the new buses will be refuelled by ITM Power at the Tyseley Energy Park low and zero carbon refuelling station. 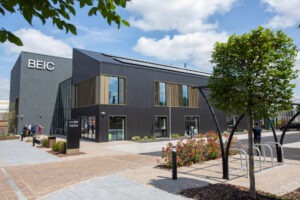