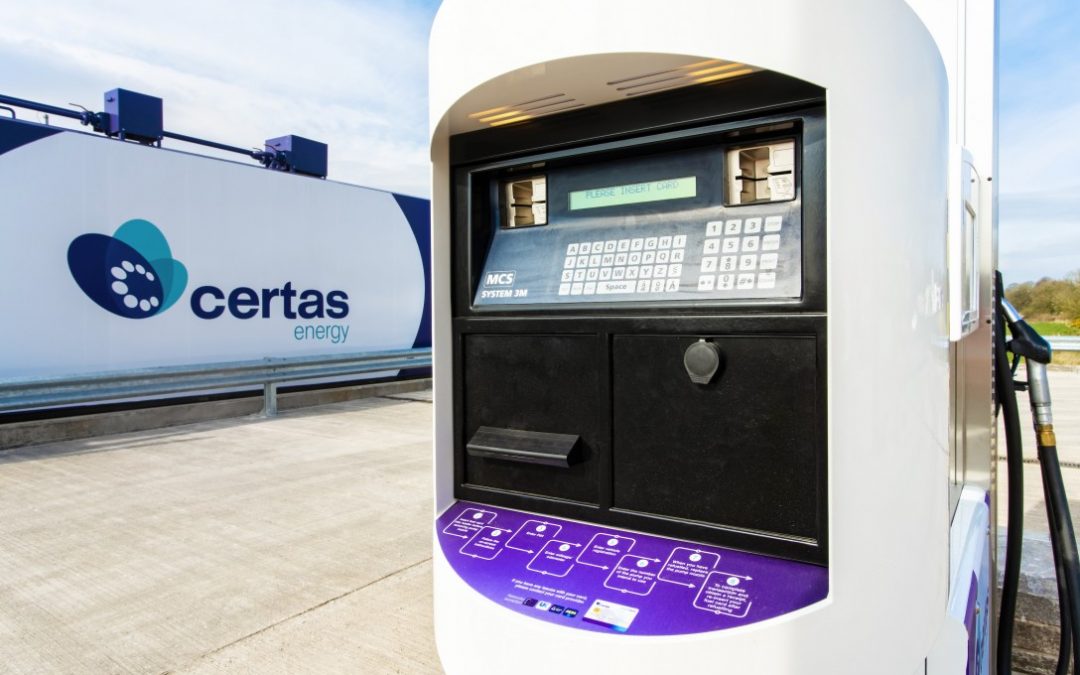 Tyseley Energy Park (TEP) is delighted to announce that Certas Energy will be expanding its network of HGV-dedicated refuelling sites with a new 24-hour bunker facility at TEP’s low and zero carbon refuelling station.

Opening in spring 2019, the state-of-the-art bunker provide a convenient place for HGV operators to refuel on diesel, gas oil and Adblue via eight high-speed pumps.

Supporting the drive for air quality improvements in the area, the facility will be the second refuelling bunker in the country to dispense Shell GTL Fuel following the launch at Certas Energy’s Port of Liverpool site.

David Horsfall, Director of TEP said: “Tyseley Energy Park is delighted to welcome Certas Energy to its state of the art low and zero carbon refuelling station. This facility will form part of a network of sites around the City of Birmingham to provide alternative fuels to support the introduction of the clean air zone. It is recognised that it will not be economically viable for all fleets to switch to ultra-low emission vehicles when the clean air zone comes into force in 2020 so the fuels being offered by Certas Energy will provide the transition required. Tyseley Energy Park is planning a series of events to raise awareness of the fuels on offer and vehicle technology on the market and a launch event is planned towards the end of 2019.”

Andrew Goodwin, National Bunker Manager for Certas Energy, commented: “We’re pleased to announce our plans for a new refuelling facility at Tyseley Energy Park. The site is an important step in our national bunker network expansion strategy to strengthen our service offering for the UK HGV and large vehicle market.

“While 62% of fleet and haulage, public sector and construction representatives remain reliant on diesel to keep moving, nearly 70% are seeking alternative fuel solutions. The supply of Shell GTL Fuel on the site, coupled with the logistical location of Tyseley Energy Park aligns with local government plans to reduce emissions, deliver improvements in local air quality and drive cleaner economic regeneration of Birmingham.”

Fuel cards from Certas Energy, Key Fuels and UK Fuels will be accepted at the Tyseley site, with Certas Energy fuel card users receiving a 1ppl discount on all diesel purchases.

For more information about Certas Energy and its network of bunkering facilities across the UK, please visit www.certasenergy.co.uk/fuel-cards-and-bunker-sites