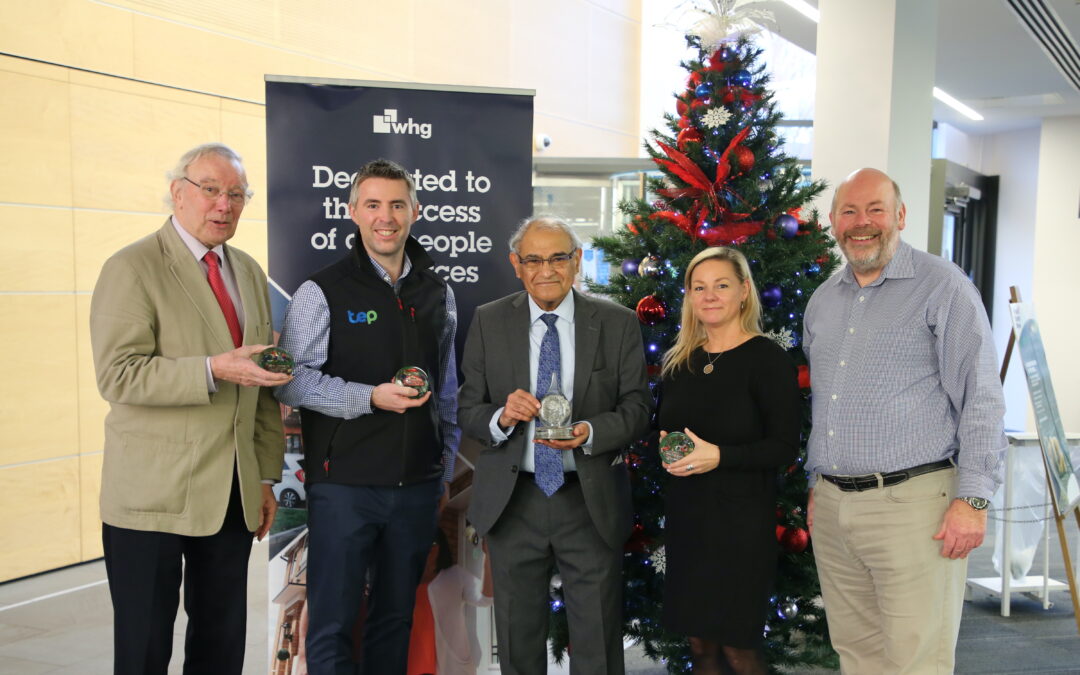 Tyseley Energy Park (TEP) is delighted to have been a runner-up for the David Middleton Sustainability Award.

Director, David Horsfall was recognised for his pioneering contribution to the net zero transition of the City of Birmingham. The judging panel considered the TEP site, which is home to a 10MW Birmingham Biomass Plant and the UK’s first low and zero carbon refuelling station to be a beacon of excellence. The site incorporates incubation space to support low carbon focused businesses, the University of Birmingham’s Energy Innovation Centre and the UK’s largest publicly accessible hydrogen refuelling station that is refuelling the hydrogen buses procured by Birmingham City Council.

Speaking about this recognition, David Horsfall said: “we were honoured to be considered for the David Middleton Sustainability award, at TEP we remain committed to delivering low and zero carbon power, transport, heat, waste and recycling solutions for a greener, cleaner, healthier Birmingham.”

TEP was joint runner-up with Tony McNally who has been actively campaigning for action on climate change for nearly 30 years and Lynsey Melville, Professor of Environmental Engineering at Birmingham City University. Professor Rashid Gatrad OBE was the Winner of the David Middleton Sustainability Award.

Director of Energy and Programme Management Paul Dockerill said: “It was a great honour to present all the awards to the winners of the David Middleton Sustainability Awards. The work Professor Gatrad OBE, Lynsey Melville, Tony McNally and David Horsfall undertake made it difficult for the judging panel to decide the winner due to their excellent quality of contribution to sustainability. Their work is inspirational and reflects the diversity and influence on climate change and acts as a beacon to the significant task ahead “