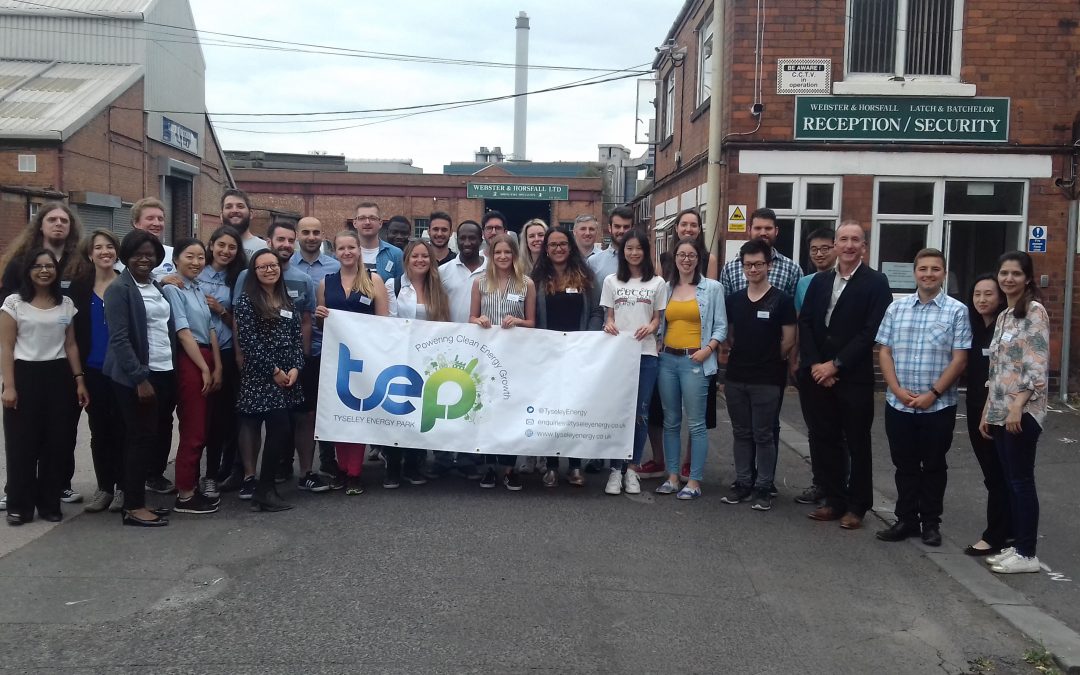 From 16 to the 20 July Tyseley Energy Park (TEP) had the honour of partnering with the University of Birmingham for their 2018 Postgraduate Enterprise Summer School (PESS).

Each year, PESS invites a selection of postgraduate researchers from all disciplines for an intensive week of training and development. The comprehensive programme includes; interactive professional skills training sessions, research, guest speaker sessions and the development of proposals to solve a real life strategy challenge being faced by an influential local organisation.

This year the challenge, set by David Horsfall, Director for TEP was ‘clean air and energy security are both increasing concerns in the world today; design a viable and sustainable business solution to address these issues in Birmingham using Tyseley Energy Parks Low and Zero Carbon Refuelling Station.’

The researchers were split into groups to investigate and present their solutions to David and his team at the end of the week in a Dragon’s Den style pitching competition. To support their background research the teams were invited to visit TEP where they were able to see the construction of the Low and Zero Carbon Refuelling Station and learn more about the history of the site.

The variety of fresh dynamic solutions that have not previously been considered resulted in two teams jointly winning the PESS 2018 challenge. Their ideas included a free app to promote positive environmentally friendly behaviour including the use of TEPs low and zero carbon refuelling station. It was suggested that this app could provide users with information about green options, incentivising green choices and offer discounts on items such as TEP fuel, public transport and green energy supply. The app could highlight the positive impact created by the actions of users and also inform users about environmental initiatives in their area. This solution included considerations for funding, partnerships and influence on political decisions. 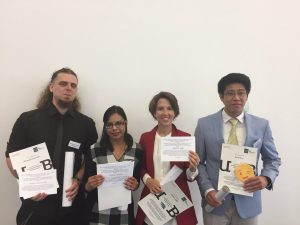 One of the winning teams, Demeter Vision

The second joint winner came up with the idea of building on the plans already underway at Tyseley Energy Park with a particular focus on delivery vans operating along the A45. The initial proposal would involve working with Amazon to help them meet their environmental ambitions and providing refuelling infrastructure for their distribution centre at Coventry. Amazon was also targeted because of its ambitions to develop a greener business model and also because of the potential to support the growth of infrastructure for low and zero carbon fuels. A partnership between Amazon and TEP would have the potential to improve air quality in Birmingham, but could also help to establish a network of refuelling centres across the UK.

Close behind the winners, another group suggested working with the sites adjoining neighbour, Energy from Waste (EfW) plant and Birmingham City Council to decarbonise the waste fleet and then use energy and innovative technology from both TEP and the EfW site to improve air quality in Birmingham. Other proposed solutions included subscription schemes, a taxi refuelling membership scheme, and a community minibus scheme that would raise awareness in the community, provide local jobs and offer positive local benefits.

Speaking of TEP’s partnership in PESS 2018, David Horsfall said: “Working with PhD students from the University of Birmingham on the PESS has been an invaluable exercise for Tyseley Energy Park. Over the course of the week the groups’ ability to grasp a complex range of political, legislative, environmental and social issues associated with Tyseley Energy Park and the low and zero carbon refuelling station was extremely impressive. We look forward to exploring the ideas and feedback presented in further detail and truly believe this will have the potential to contribute to the success of Tyseley Energy Park.” 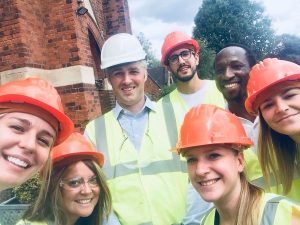 Katie Hoare, PGR Entrepreneurial Development Officer for the University of Birmingham added: “Tyseley Energy Park were a fantastic employer partner for PESS and I am very grateful for the time David put into the week. The researchers thoroughly enjoyed the challenge and individuals from all disciplines were able to contribute.  This is a valuable experience for the researchers to engage with a local business and through this summer school they have greatly increased their skill set including commercial awareness, teamwork, problem solving and pitching, which help to make them more employable and attractive candidates. It has also opened their eyes to enterprise, both within and outside academia, as well as consultancy and freelance career options.”